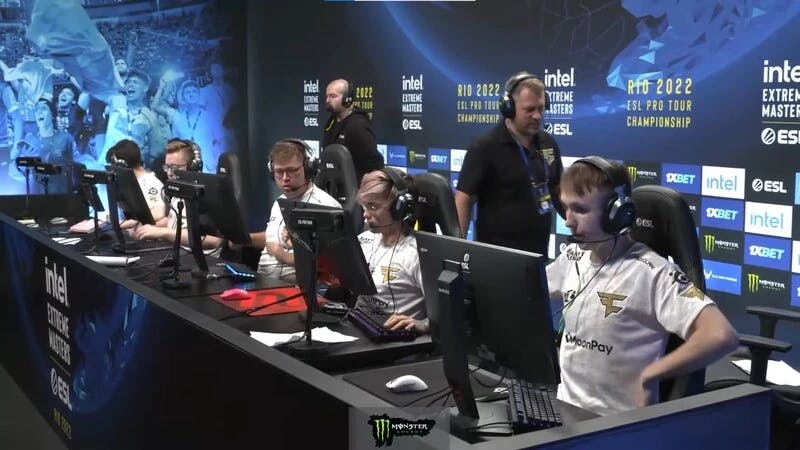 In 2022, FaZe Clan’s CS:GO team had the best season in their entire esports history. This was a phenomenal year for them and it ended with no less than 4 S-tier trophies, 3 of which are taken into account for the Intel Grand Slam Season 4.

FaZe Clan’s mission looks very difficult, but not impossible. The team will need to defeat world-class opponents like G2 Esports, Natus Vincere, Team Vitality, and Team Liquid on the way to winning the next S-tier event.

Fortunately for Finn “karrigan” Andersen’s team, they don’t need to do it at the next CS:GO event. They have 4 chances left to complete the quest and the first will be at IEM Katowice.

This tournament looks really challenging. The number of participants is 24 and most of them are formidable. Meanwhile, FaZe Clan have a little roster issue. Havard “rain” Nygaard’s wife is about to give birth to a child and he has family responsibilities that may take his mind off CS:GO. And that could be a problem.

We know that he will take part in the tournament but he missed the first CS:GO event of the year, BLAST Premier: Spring Groups. Fortunately for FaZe, they did well even without him thanks to the contribution of Patrick “es3tag” Hansen. But it’s still a lost opportunity for rain to play and train for the tough matches ahead.

When he comes back, he’ll be just a little bit rustier than before. And at the highest competitive level, where even one missed bullet can lead to disaster, this can easily result in poor performance. We’ve already seen that in the case of Astralis and Heroic in recent months.

If FaZe would need to win just a simple tournament to get the Intel Grand Slam Season 4 victory, it wouldn’t be an issue. But given the current level of competition that they face from all sides, their dream will probably need to be postponed a bit longer. Because they’re almost certainly not going to win the title at IEM Katowice 2023.