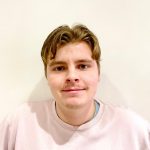 League of Legends (LoL) is one of the most popular video games in the world. The simple mechanics and deep complexity of the game has also made it one of the biggest eSports titles.

LoL was released in 2009 and the MOBA (multiplayer online battle arena) has gone from strength to strength. If you want to find out how to bet on League of Legends, there is no better place than Strafe to get all the info you need. Let's have a look at the game and a League of Legends betting site or two.

-
Best Provider of the month

The best Esports bookmakers for League of Legends

The Search for League of Legends Bookmakers

There are plenty of betting operators that offer odds on eSports and not all of them are created equal. Like it or not, some of them operate in the black or grey markets and take advantage of the consumer.

Firstly, you should understand the bookmaker that you are using when you take part in LoL betting. There are plenty of traditional sportsbooks that also offer odds on eSports events. If you want a more focused approach to eSports betting, you should look at betting operators that are eSports only or began with an eSports focus. This can help you to make the right decision when you place your bet on LoL.

Whether or not you choose an eSports-only bookmaker, there are a few simple rules that you should follow when you decide to pick out your bookmaker:

If you are new to betting or just eSports betting, it's worth taking your time and finding the bookmaker with the best onboarding process for new users.

Most betting sites offer you a welcome or sign-in bonus for creating an account on their website. We have provided info on the best welcome bonuses for new players and LOL promo codes here, so check that out too!

If you take your time and understood the odds, chances are that you will eventually win something. When you do, you'll want to get your money as quickly as possible.

While League of Legends is one of the most popular eSports titles for bookies to offer, it's a good idea to choose a sportsbook that offers more than the basics. Eventually you will want to branch out and if a site offers odds on lesser-known titles, all the better.

If you want more flexibility, you should choose a site that has a mobile version of their website or, even better, a standalone app.

Betting on League of Legends can be a fun way to add some more excitement to the game, but it is important that you understand how to bet on it and what you are betting on.

The Types of Bet:

There are four major types of betting when it comes to League of Legends:

Check out all the latest eSports betting guides here.

What is League of Legends pre-match betting?

When you choose to bet before or during the game this is called pre-match betting (before the game) or live betting (during the game). When you bet can greatly impact the choices that you can make.

Pre-match betting requires a lot of information beyond simple LoL odds. Take your time. Understand the two teams facing each other, you will have a better chance at winning your bets.

Live betting options provide you with a whole host of information that you did not have before the match began. This is even more important for LoL betting. Don’t be hasty, make sure that you practice patience and bet only when you believe it's in the bag.

If you are an experienced bettor and want to try your hand at some LOL handicap betting, many sportsbooks will offer handicaps on various League of Legends events. This helps to level the playing field in matches with a clear favorite. This means that you can safely bet on either team with relatively even odds.

To do this, the bookmaker or online betting site will give points to the underdog and take them from the favorite. This prevents a one-sided betting scenario and prevents the match from becoming stale.

The Basics You NEED to Know When You Bet on LoL

League of Legends is a MOBA, a multiplayer online battle arena game in which two teams of five face off against each other in an attempt to destroy one another’s Nexus. The Nexus is a structure that is placed deep inside enemy territory and each team will have to battle from one side of the map to the other to destroy it.

Each player taking part in a game of League of Legends will have to pick a champion. They are the player-controlled characters. There are over 140 champions that a player can choose from in League of Legends. These are the characters that a pro player will use in the game. The champion they pick will determine their play style as well as their effectiveness in the map or against other players.

They fall into 1 of 6 categories:

How the Game Works

Teams begin on opposite corners of the map, the winning team at the end of the match will have destroyed the other team's Nexus. In order to do this, they must destroy the other team's players as well as AI controlled enemies, known as "minions", populating the map.

Each map in League of Legends is split into three lanes. These are walkways that lead to each team’s Nexus. They are designed to funnel players towards one another and towards enemy turrets dotting each lane. Turrets are large structures that will attack an enemy if they come too close. Each team will have their own strategy when it comes to which lanes they focus on and the tactics they use to push forward.

Furthermore, players earn gold and experience during the game that they can use to level up their initially weak champion by investing in better weapons and defences.

In a tournament setting, most League of Legends games are played by multiple teams in a best of three or best of five set up.

League of Legends as an ESport

Currently, League of Legends is one of the most popular eSports in the world and its life span of nearly 12 years can attest to that.

Many eSports, like Overwatch and Counter Strike: Global Offensive, operate a tournament structure for their major events. On the other hand, League of Legends (as the name implies), operates in a large league structure. This can mean some exciting opportunities to bet on LoL!

Some of the most popular League of Legends eSports regions:

Find out all about getting the best odds for the above tournaments on our League of Legends odds page.

Regional Battles and Leagues with LoL

A team will compete against others from the same region with a promotion and relegation system available for each region. There are two different seasons, called "splits", played each year per league during spring and summer.

The top teams from each of the 12 regions will qualify for the biggest League of Legends eSports event of the year, the League of Legends World Championship. This event is typically held near the end of the year and it draws in millions of viewers from around the world.

Another event to look out for if you are interested in betting on League of Legends is the Mid-Season Interval. This is a showcase event that brings together some of the best League of Legends talent from around the world to play at the top of their game.

Currently, countries like South Korea and China field some of the best teams in sport but there are certainly contenders from North America and Europe. Latin America also has a rapidly expanding League of Legends professional scene and it would be foolish of you to count them out.

Firstly, if you don’t watch any games, how can you understand what you are betting on? For example, you wouldn’t waltz into a bookmaker and place a bet on a football game without at least checking out a few games. So let's not do the same on a League of Legends betting site.

The same can be said for any eSport. If all you have to go on is team names, you'll be out of luck and cash pretty quickly.  You should be able to check the latest results, roster changes, match history, tournaments and, importantly in 2021, delays.

It’s as simple as checking out the game on Twitch. At any given moment there will be thousands of gamers streaming League of Legends. Make sure you check out the tournament schedules and watch some pro level games. The skill that goes into competitive eSports is crazy. If you're up to date on the changes in the scene you'll have a better chance with your betting. Check out websites like Lolesports.com or Liquipedia.net for up-to-date League of Legends competitive information.

At Strafe, we provide you everything you need to know about betting on League. You can stay up to date on your favorite teams and players through real-time updates on our app, view the widest tournament coverage, and access deep statistics before, during, and after matches. With our guide you'll even be able to discover the ideal bookmakers to place your bets - from LoL betting sites with PayPal to those that specialise in live streaming.

Stick with us, our experts will provide you with everything you need to know about how to bet on LOL. We aren’t just focused on the wins and losses, we look at the statistics for players, champions, teams and maps. We even look at the lane coverage - so check out our League of Legends tips here.

Bonus of the month 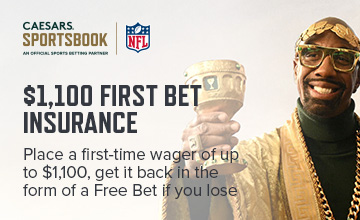