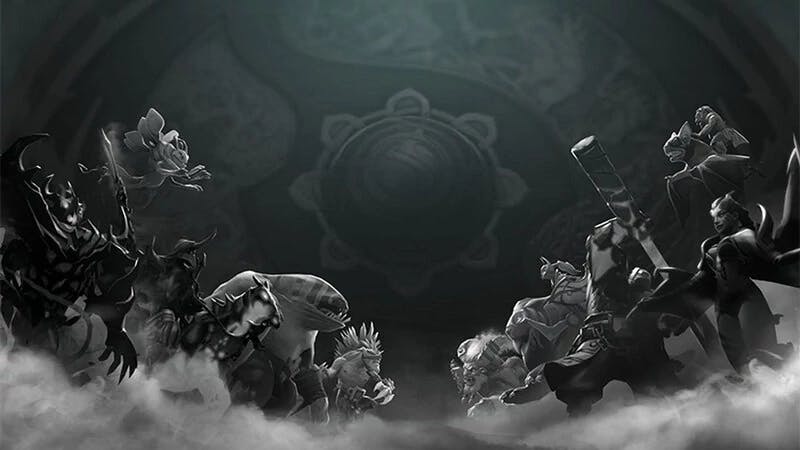 With tour 1 well underway, a new Dota 2 DPC meta has emerged across the different regions. Fans can certainly expect to see these heroes in their pubs for the foreseeable future, although the success may be a little more unpredictable.

Dota 2, a popular multiplayer online battle arena (MOBA) game, has a vast and ever-evolving roster of heroes for players to choose from. Each hero has their own unique abilities and playstyle, making them suitable for different roles and strategies. In this article, we will take a look at the top 5 Dota 2 heroes currently in the meta.

Rubick has placed in the top 5 most popular heroes in all of the 6 regions, making him the most picked hero in this Dota 2 DPC meta. His ability to steal the huge ults of other popular heroes including Tusk and Snapfire makes him a formidable foe during team fights. 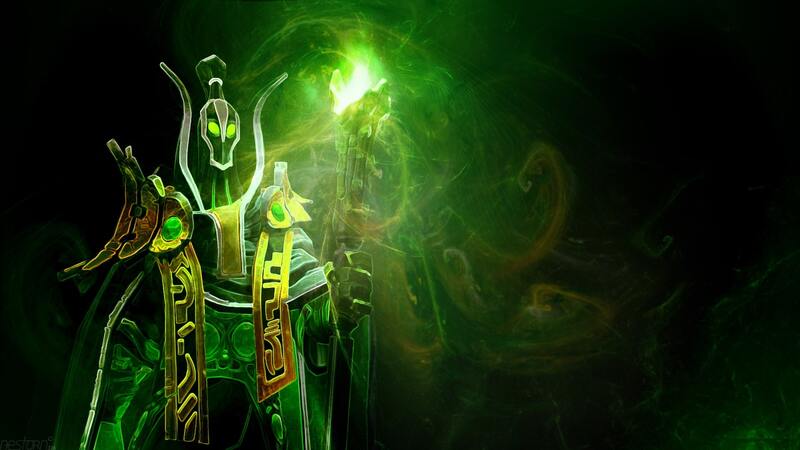 Tusk is known for its ability to initiate fights and control the battlefield. Fans have seen many a snowball save in recent matches. He’s also a flexi hero, meaning he can be played in most roles from a solo mid to a greedy 5. In the current Dota 2 DPC meta, teams are looking for a strong ganker and a great team fighter and Tusk certainly fills that role. Barely a DPC meta goes by that doesn’t include Tiny. Having made a particular showing in the Chinese region, Tiny is another flexi hero who ranges across pretty much any position on the field. A well timed Avalanche can act as a strong initiation as well as help with crowd control. When it comes to supports, there are none stronger at the moment than Treant Protector. From China to Europe, it seems a lot of the top teams in the world are making use of TP’s ability to AOE stun and damage heroes with his ultimate, Overgrowth. His ability to easily traverse the map while invisible. It seems the name of the game is flexi heroes this Dota meta. Snapfire is another hero who can dominate mid lanes, tank the offlane and support well. She has a reliable stun in the form of Firesnap Cookie and an enormous ult that comes from her trusty steed, Mortimer. This isn’t her first rodeo in a pro meta, either! 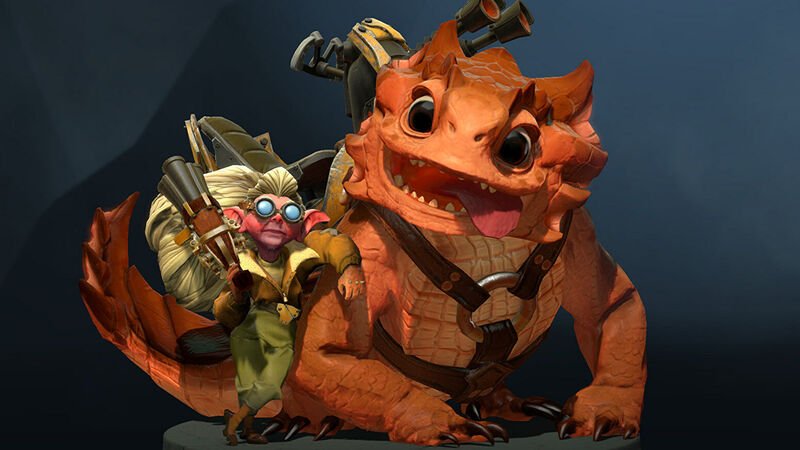 These 5 heroes are currently among the most powerful and popular in the current Dota 2 DPC meta, each with their own unique abilities and playstyles. They are great choices for players who are looking for a versatile, flexible, and powerful hero that can help turn the tide of a game. And with constant updates and new heroes coming in Dota 2, the meta is always shifting and new strategies and heroes will emerge in the future, especially as teams begin to gear up for the Lima Major next month.

A Preview: BetBoom Universe Episode I: Comics Zone
BetBoom will be holding a tier 2 Dota 2 tournament before the start of the Lima Major. The tournament is set to have a comics theme and will also feature a $100,000 USD prize pool. 14 teams across Europe will be duking it out for the prize pool and the tournament will be a testing ground for teams like Tundra and Team Spirit before going into The Lima Major. The tournament started on February 1st and it will last 2<span class="read-more">more</span>
22h
Harrison Htet
Dota 2 China DPC: Upcoming matches and Tie-breakers
With the Dota2 Winter Tour coming to an end, there is only one spot left to be filled for the Lima Major. The Chinese Dota scene has seen some major upsets this year. With big names like Invictus Gaming and Knights not qualifying for the Lima Major, a new team takes over the top 3 spots in the region despite being accused of hacking. Upcoming Matches Aster.Aries vs. Dawn Gaming The last day starts with these two teams at 9:00<span class="read-more">more</span>
1d
Ryan Antony Bernard
Knights qualify for Lima Major despite hacking allegations
The DPC Winter Tour for China officially resumed on 31st January. The matches in the region were put on hold to allow fans and players to spend some time together with their loved ones for the Chinese New Year. The other regions have already concluded their Division I matches and have crowned the representatives for the Lima Major. Two more teams have qualified along with Team Aster for the upcoming Lima Major, as fans eagerly wait to witness which team<span class="read-more">more</span>
1d
Harrison Htet
Tundra Esports and Entity qualify for the Lima Major
Day 2 of Tie-breakers After Team Liquid and Gaimin Gladiators grabbed the first 2 spots early in the Lima Major, three teams (OG, Entity &amp; Tundra) were stuck with a tied score of 4 wins and 3 losses to start the day. With intense games of Dota from these strong teams, another long day of endless deadlock was expected. But, Tundra Esports proved everyone wrong by getting the better of OG &amp; Entity to secure their spot at the Major.<span class="read-more">more</span>
2d
Ryan Antony Bernard
Dota 2 Patch 7.33: Leaked Items and a New Hero
It’s been a little while since there was a new update to the game and already the Dota 2 patch 7.33 is shaping up to be one of the most exciting in a while. Already, several items have been leaked on Reddit. Fans will also be expecting to see a new hero in the shape of Muerta. Since she was announced for release in “early 2023” back at TI11, fans have been eager to try out a new hero rumored<span class="read-more">more</span>
3d
Sophie McCarthy
Conflicts in Peru rises as the Lima Major approaches
The Lima Major, the first-ever Major for the 2022-2023 DPC season, will be held in South America. However, the community is worried about the ongoing political situation in Peru as the date for the Major approaches. The Division I matches are coming to an end as most regions already know which teams will be representing them for the upcoming Major. The Situation The president of Peru, Pedro Castillo was impeached and placed in detention for attempting to allegedly dissolve congress.<span class="read-more">more</span>
3d
Harrison Htet
Dota 2 Division 2: New and Old Talent in Dota
It’s almost time for the Dota 2 Division 2 DPC tournaments to kick off. While some fans may be completely preoccupied with those who will be playing at the upcoming Lima Major, there’s still plenty of talent both new and old heading to Div 2. Division 2 is made up of new teams that have qualified to play in the DPC leagues through both open and closed qualifiers. Fans may all see some familiar faces as 2 teams in each<span class="read-more">more</span>
3d
Sophie McCarthy
How Dota 2 Calibration Works
One of the unique features of Dota 2 is the depth of its strategic gameplay. The game features a large pool of heroes to choose from, each with its own unique abilities and strengths. Players must work together to create strategies that take advantage of their team's strengths and exploit their opponents' weaknesses. They must also coordinate their movements and actions to ensure that they are working together efficiently and effectively. Another important aspect of Dota 2 is its ranking<span class="read-more">more</span>
3d
Aidan van Vuuren
Tie-breakers: The last two spots for the WEU Region still up for grabs!
An entire day of tie-breakers was conducted on 30th Jan between OG, Tundra Esports &amp; Entity to fill the last two spots for the Lima Major. The day concluded with no team moving forward after two full iterations. Why was a winner not decided? Recently the rules for the tie-breakers had been changed and the players are finding out at the last minute. TI11 champion Wu "Sneyking" Jingjun tweeted about the changes on 22nd January. Only a team's overall score<span class="read-more">more</span>
4d
Ryan Antony Bernard