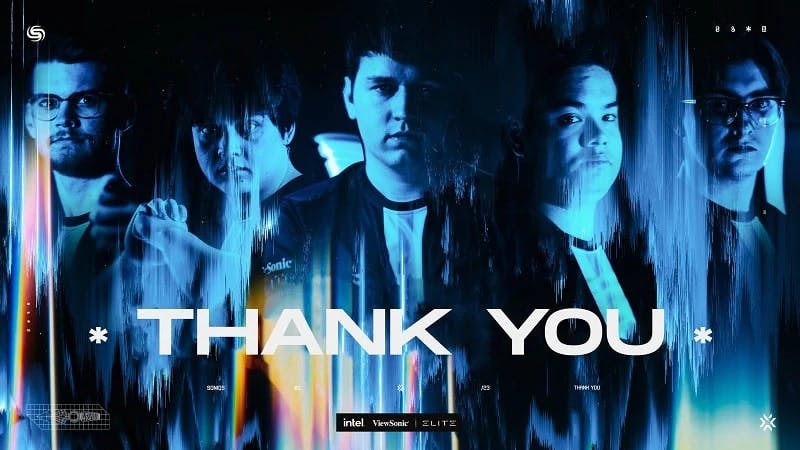 The North American esports organisation, Soniqs has released its entire Valorant roster. The announcement comes after the team's loss at Knights Valorant Challengers LCQ. They have been a big name in Tier 2 Valorant. They were contenders to qualify for the Challenger League Group stage.

One of the biggest names in Tier Two Valorant, Soniqs entered the Knights Valorant Challengers as one of the contenders to qualify for the group stage. The Valorant roster for the organisation at the Knights Challengers 2023 was as follows:

The Soniqs started their journey in the Open Qualifiers and defeated The Dealers, Olympus Gaming and Raw Dawgs to qualify for the top-32 round of Open Qualifiers. The team won thier opening round fixture but lost to The Silk Road in the Ro16 to drop down to the lower bracket. In the lower bracket, the team lost to 99 strength in a close three-map series. On the final map of the series, they lost the map 14-16 and were eliminated from the open qualifiers.

At the LCQ, Soniqs' opponents forfeited the first series, and the team defeated the next two opponents 2-0 to qualify for round-of-32. In the Ro32, they won the first game with ease. In the second game, they faced the Nation. The Nation is the F/A squad with Stewie2k, Wardell, Brax, Rossy and TiGG and one of the hottest teams in the Challengers. The team lost to The Nation and were dropped to the lower bracket.

Soniqs won against Happy2bhere, Shift and Cosmic Divide in the lower bracket for a rematch against The Nation. This time, they played better, defeating the Nation 2-0 and reaching the Lower Round Semis. Facing the Nearest Airport, they won the first map and lost the second. On the third map, they dominated Nearest Airport to win the series 2-1 and reach the Qualifying match.

The newly formed OR Esports was the final hurdle between Soniqs and the Group stage spot. OR won the first map 13-10, Soniqs answered back with a victory on the second map forcing a third. The final map tied in regulation, and OT, OR closed the map 14-12, winning the series. Shortly after the team's loss, PureR posted his LFT on Twitter.

Worked so hard the past few months just to fall short at the last hurdle. Proud of how far we made it but just wasn't enough.

With that being said, i'll be LFT as a player/coach. Interested in any opportunities that might be available.

DM with any inquiries. RT's appreciated!❤️

Soniqs Official Twitter posted the release of all its players from the contracts. The decision was criticised by many.

Following the conclusion of Challengers LCQ, we've released #SQVAL from their contracts to pursue opportunities elsewhere.

We're thankful for their hard work leading up to and during qualifiers and we wish them the very best in their future endeavors. 💙🖤 pic.twitter.com/EDoLKwNC5C

The main reason behind the organisation's decision is that there will be no Riot events for Soniqs Valorant for the majority of 2023. With the Knights Challengers team already locked, most tier-two teams will have to rely on third-party tournament organisers like NSG for a chance to play any tournaments. But this is not incentive enough for the small organisations to field a Valorant roster for the rest of the year.

The Soniqs players are LFT, and we might see more organisations releasing their Valorant rosters. The situation especially sucks for the players, as organisations can easily sign a F/A roster ahead of a major Riot-sponsored tournament, but the players face hardships to continue playing Valorant professionally.