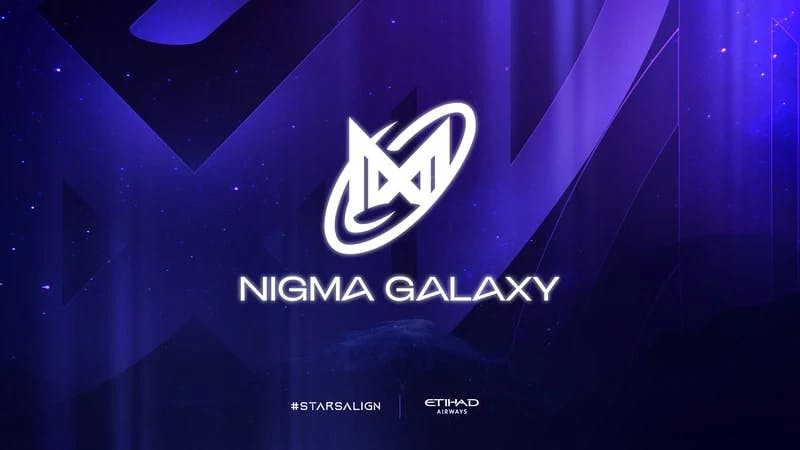 With Amer "Miracle-"Al-Barkawi stepping down due to health issues, Nigma Galaxy has been in a tough spot this DPC season. After Team Secret finally took their first win this season against ITB, Nigma Galaxy has dropped down to last place with 4 losses. The upside to this is that they have 3 matches remaining which if they win could possibly turn it around.

The NGX squad with the new addition of Ammar "ATF" Al-Assaf to replace Amer 'Miracle-'Al-Barkawi for the time being has not yet acquired a win this DPC Season. Although, this squad of TI champs & ATF have managed to take a game off the reigning TI champs, Tundra Esports which only 2 other teams were able to do so far.  OG, being Ammar's old team will be a tough opponent as they know the could easily predict Ammar's way of playing and his hero pool. Will Ammar's Huskar be the answer for them as well ? Or will Kuroky switch up his draft to keep OG on their feet ? Let's find out today.

Yes! The rivalry continues. These two captains have been going at it for many years now and they bring together their new squads to clash again. However, this time both teams seem to be suffering losses with Clement "Puppey" Ivanov in the lead. Although Kuro "KuroKy" Takhasomi has beat Puppey in the past to go on and win the TI7 championship, Puppey had jokingly stated in his latest winning interview that the upcoming match with Kuroky is "scripted" and he's "doing it for the money". These two veteran Dota2 players have a deep love for the game and strong competitive experience to beat the other. This will definitely be a hyped match to watch to as both teams need to win to earn a spot in the upcoming Lima major.

Entity has faced NGX before the DPC and got a 2-0 victory against them in the BetBoom Xmas Show all while using a stand-in. Entity currently holds 2 wins under their belt this DPC, while NGX are yet to figure out their winning strategy. Having more or less figured out their playstyle this DPC Entity has managed to hold their spot in Division1 so far, but Nigma Galaxy do not have a choice other than to force a win.

What to expect from Nigma Galaxy

While the wins have not been stable for the past two TI's, this team has years of experience with its members and a deep understanding of each player and their style as a whole. Nigma Galaxy needs 3 consecutive wins in the upcoming matches in order to stay in Division 1 and get a chance to participate in the upcoming major. Even though this task is hard with the current state the team is in, Kuroky can always bring it back with his drafting skills and with such highly skilled players at his disposal, they can once again assert dominance in Dota2.

A Preview: BetBoom Universe Episode I: Comics Zone
BetBoom will be holding a tier 2 Dota 2 tournament before the start of the Lima Major. The tournament is set to have a comics theme and will also feature a $100,000 USD prize pool. 14 teams across Europe will be duking it out for the prize pool and the tournament will be a testing ground for teams like Tundra and Team Spirit before going into The Lima Major. The tournament started on February 1st and it will last 2<span class="read-more">more</span>
22h
Harrison Htet
Dota 2 China DPC: Upcoming matches and Tie-breakers
With the Dota2 Winter Tour coming to an end, there is only one spot left to be filled for the Lima Major. The Chinese Dota scene has seen some major upsets this year. With big names like Invictus Gaming and Knights not qualifying for the Lima Major, a new team takes over the top 3 spots in the region despite being accused of hacking. Upcoming Matches Aster.Aries vs. Dawn Gaming The last day starts with these two teams at 9:00<span class="read-more">more</span>
1d
Ryan Antony Bernard
Knights qualify for Lima Major despite hacking allegations
The DPC Winter Tour for China officially resumed on 31st January. The matches in the region were put on hold to allow fans and players to spend some time together with their loved ones for the Chinese New Year. The other regions have already concluded their Division I matches and have crowned the representatives for the Lima Major. Two more teams have qualified along with Team Aster for the upcoming Lima Major, as fans eagerly wait to witness which team<span class="read-more">more</span>
1d
Harrison Htet
Tundra Esports and Entity qualify for the Lima Major
Day 2 of Tie-breakers After Team Liquid and Gaimin Gladiators grabbed the first 2 spots early in the Lima Major, three teams (OG, Entity &amp; Tundra) were stuck with a tied score of 4 wins and 3 losses to start the day. With intense games of Dota from these strong teams, another long day of endless deadlock was expected. But, Tundra Esports proved everyone wrong by getting the better of OG &amp; Entity to secure their spot at the Major.<span class="read-more">more</span>
2d
Ryan Antony Bernard
Dota 2 Patch 7.33: Leaked Items and a New Hero
It’s been a little while since there was a new update to the game and already the Dota 2 patch 7.33 is shaping up to be one of the most exciting in a while. Already, several items have been leaked on Reddit. Fans will also be expecting to see a new hero in the shape of Muerta. Since she was announced for release in “early 2023” back at TI11, fans have been eager to try out a new hero rumored<span class="read-more">more</span>
2d
Sophie McCarthy
Conflicts in Peru rises as the Lima Major approaches
The Lima Major, the first-ever Major for the 2022-2023 DPC season, will be held in South America. However, the community is worried about the ongoing political situation in Peru as the date for the Major approaches. The Division I matches are coming to an end as most regions already know which teams will be representing them for the upcoming Major. The Situation The president of Peru, Pedro Castillo was impeached and placed in detention for attempting to allegedly dissolve congress.<span class="read-more">more</span>
3d
Harrison Htet
Dota 2 Division 2: New and Old Talent in Dota
It’s almost time for the Dota 2 Division 2 DPC tournaments to kick off. While some fans may be completely preoccupied with those who will be playing at the upcoming Lima Major, there’s still plenty of talent both new and old heading to Div 2. Division 2 is made up of new teams that have qualified to play in the DPC leagues through both open and closed qualifiers. Fans may all see some familiar faces as 2 teams in each<span class="read-more">more</span>
3d
Sophie McCarthy
How Dota 2 Calibration Works
One of the unique features of Dota 2 is the depth of its strategic gameplay. The game features a large pool of heroes to choose from, each with its own unique abilities and strengths. Players must work together to create strategies that take advantage of their team's strengths and exploit their opponents' weaknesses. They must also coordinate their movements and actions to ensure that they are working together efficiently and effectively. Another important aspect of Dota 2 is its ranking<span class="read-more">more</span>
3d
Aidan van Vuuren
Tie-breakers: The last two spots for the WEU Region still up for grabs!
An entire day of tie-breakers was conducted on 30th Jan between OG, Tundra Esports &amp; Entity to fill the last two spots for the Lima Major. The day concluded with no team moving forward after two full iterations. Why was a winner not decided? Recently the rules for the tie-breakers had been changed and the players are finding out at the last minute. TI11 champion Wu "Sneyking" Jingjun tweeted about the changes on 22nd January. Only a team's overall score<span class="read-more">more</span>
4d
Ryan Antony Bernard