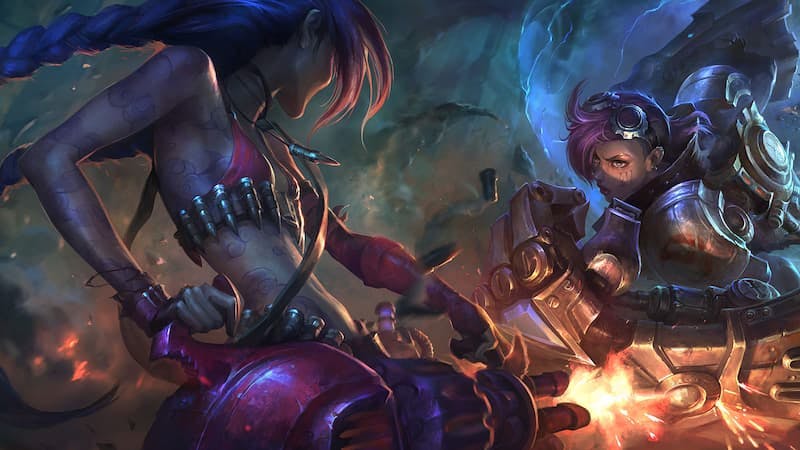 League of Legends 13.1B Patch Notes

On 24 January Riot Games released a new patch for League of Legends (Patch 13.1B), here are the patch notes.

With the ADC changes coming this patch, GP’s going to strike treasure. To make sure his haul isn’t too lucrative, we’re preemptively nerfing him so that his endgame power will be roughly equal to what it currently is on live.

After his creative genius captured the adoration of fans across the globe in the World Championship last year, Heimerdinger has been progressing in presence in high skill brackets and Pro play. Unfortunately, his genius plays currently lack sufficient counterplay. In order to reduce his powerful and frustrating bot lane we’re reducing his turret health and base rocket damage while buffing his AP scaling to maintain his viability in the mid lane.

With Seraph’s Embrace being changed in 13.1, Kassadin has been having the time of his life. Unfortunately it’s time that came to an end, so we’re bringing his power down a tad to keep him in check.

Kindred has been on the hunt and on the rise lately, but the fighter item changes are expected to impact them negatively while the marksmen changes will be overall very positive. We’re giving them a preemptive nerf here to keep Kindred power neutral compared to their state on live.

Between her recent nerfs and the upcoming nerfs to Demonic Embrace this patch we want to make sure we don’t killia Lillia. We’re tuning up her AP ratios for the most part so she feels better about building and stacking more AP in her builds.

Lucian and Nami are overtaking the Pro scene, which means we need to address them. Unfortunately, Lucian as-is doesn't fare too well in the hands of non-Elite players. We’re lowering his lane bullying potential (about 10% less mana at level 1) while making him more forgiving to play at later levels (more mana at level 11 and beyond) which should help address this disparity. Lucian is also expected to be a big winner from Essence Reaver's buffs in this patch, hence some preemptive nerfs. Overall, we're hoping for Lucian to be roughly the same after these changes for the vast majority of players while he should perform worse in Pro.

Maokai’s current jungle power level exceeds what this patch’s nerf for Demonic Embrace will do, so we’re treeting him with some additional nerfs to bring him more in line with other junglers.

Nami has been dominating in both solo queue and Pro play, so we’re reducing W and E’s flat damage while compensating W’s AP ratio to make her less of a lane bully and bring her into better waters.

Orianna has been stuck as a mid lane understudy for a while now due to her ability to get wound up and take over Pro. It’s been a while since she’s seen the spotlight though, so we’re comfortable with giving her some measured buffs that’ll at least give her a shot at a starring role.

With 13.1's buffs to Rod of Ages and Seraph's Embrace, it's no surprise one of the biggest benefactors was Ryze. With Seraph's and Catalyst returning to giving heaps of Ability Power and durability, Ryze is finding himself less blue (purple???)… especially in Elite and Pro play. We're tuning down how well his passive scales with Ability Power, which was buffed in a time where Ryze had much more limited access to his most important stats in items.

In 12.23, we shifted the power from Udyr's Q into his other stances, but we overshot on the power of his R, so it’s now overperforming other rank-up options. We're reverting one of those buffs and expect his stances to be more equally viable with the additional Demonic Embrace nerfs coming this patch. We’re also slightly reducing the burst potential of his heavy AD builds, which are less powerful but still have frustrating levels of percent health burst when combined with early armor penetration.

The magical cat's last nerfs reduced a lot of her power in solo queue, but still kept her at an uncomfortable level in Pro. With her current presence and upcoming ADC changes, we're going to be taking the last nerfs a bit further as we continue to rework her. We're limiting Yuumi's ability to effectively trade with her basic attacks and health pool, which has been a big factor in her Pro dominance.

Since 12.10, Zoe is one of the few burst mages that hasn't been adjusted to new magic resist values, and her success in lower levels of play is suffering as a result. Zoe's all about getting ahead early and snowballing, but in recent times it’s been more challenging for her to find those kills early in game. So we’re giving her a small improvement that should keep her burst damage feeling powerful without making her feel overwhelmingly oppressive.

We’re making some adjustments this patch that should help reduce some of the current frustration with fighters, namely the high levels of sustain and ability haste that the class has access to. To tackle ability haste, we’re separating it from most defensive items which should mean that a fighter will need to pick between ability haste and durability for their second item purchase, delaying some of their power into their third item. As far as omnivamp goes, we want to curb stacking sources of sustain to slow down heavy snowballing itemizations.We're aware that some of the currently underperforming fighters may fall behind without sustain or with longer cooldowns as a result of these changes. We'll be monitoring each champion affected individually, and will adjust where needed due to how many core items we’re changing.

While AD Carries aren’t strictly weak, League has gotten faster and most of their best items have been pushed later into their builds over the years. We’re adjusting Infinity Edge and Navori Quickblades to make them available as second items so that ADCs can access their most important power spike earlier in the game.For those who find their team comp lacks proper peel, we’ve also buffed opt-in durability with a cheaper, shieldier Bloodthirster.Finally, we’re alleviating late game mana constraints on several AD carries who frequently run Presence of Mind. These buffs should give those specific champions more room to run healthier options like Triumph or Overheal.These changes will certainly add power to ADCs overall but we’re hoping this has an oversized effect on making the role funner to play.

BLADE OF THE RUINED KING

Blade of the Ruined King was adjusted as part of the fighter item changes AND the ADC changes this patch, so the rationale for both of those changes extended to BoRK as well.

Demonic Embrace is currently just a bit too good on melee champions and nearly non-viable on ranged ones. We think that Demonic should still be a strong item, just not simultaneously mandatory on some champs while being extremely weak on others.

Essence Reaver is currently letting down the champions that want to build it most, so we’re upping its power a bit to be more in line with other itemization options.

Leblanc has been one of the most heavily modified champions in ARAM, so we’re looking to see if helping her use her abilities more frequently but less powerfully helps mitigate some of the frustration of dying to what feels like two buttons while keeping Leblanc players satisfied when they execute their full combo.

Since the ARAM updates in patch 12.22, we've heard a lot of feedback about pacing in game modes, specifically around Death Timers. We agree that these timers are too long (especially in URF), so we’re going to be testing out some changes to them. While this set of changes may not hit the sweet spot right away, we’ll be following up in future patches to get them to a better place and roll them out to other game modes.

Chemtech Drake has been settling back into the Rift and is adjusting well, but is still a bit less powerful than the other drakes. We’re giving Chemtech some small buffs to make it feel just a little more at home.