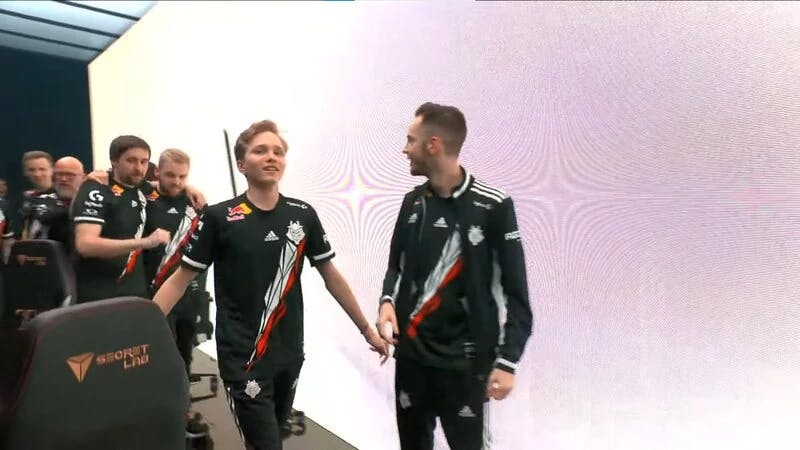 G2 Esports had a very interesting season in 2022. They started on a high note and ended on a high note. Everything in between was a pure struggle. At times, it looked as though they would fall apart and need to rebuild from scratch. But they made it work.

Both Ilya “m0NESY” Osipov and Nikola “NiKo” Kovac were ranked among the top 20 CS:GO players of 2022. NiKo was given the 5th position while m0NESY was given the 7th.

By far, G2’s best result of the season came at BLAST Premier: World Final, where they won the trophy and became one of the top 3 teams in CS:GO.

G2 Are Here to Stay

Whenever a team that hasn’t done anything significant in a while obtains an exceptional result, people assume the worst: it was just a fluke. But in G2’s case, we have serious reasons to believe that their BLAST Premier: World Final performance is sustainable.

The qualities of G2’s players are undeniable and most of these players are in the top 20 right now. The only thing that was missing for G2 was a cohesive strategy. In recent months, that problem seems to have been solved.

At BLAST Premier: Spring Groups, G2 Esports had to play two difficult matches to reach the Grand Final. One against BIG and the other against Natus Vincere.

In the match against BIG, G2 had difficulties on Mirage, which was BIG’s map pick. The German squad played really well and the only reason why they didn’t win was G2’s deep familiarity with this map. The final score was 16-14

On the second map, Inferno, NiKo and m0NESY played their usual game and were unstoppable. Ahead of the match, G2’s win rate on this map was 75%. The score here was 16-9.

The match against Na’Vi was much tougher. G2 won the first map (16-10), which was picked by Na’Vi. Nobody knows why the Ukrainians decided to pick Nuke when Nuke was known to be G2’s best map.

The second map was Inferno and Na’Vi were very close to winning despite the statistics, which clearly indicated G2 to be the favorite. The final score on this map was 22-20.

With these two victories, G2 qualified for the Grand Final of Group C of BLAST Premier: Spring Groups and will likely win the battle against the winner between Na’Vi and Ninjas in Pyjamas.