Ninjas in Pyjamas have announced their merger with the Chinese esports brand ESV5. As a result of this merger, they have created the NIP Group and re-entered the competitive League of Legends scene. 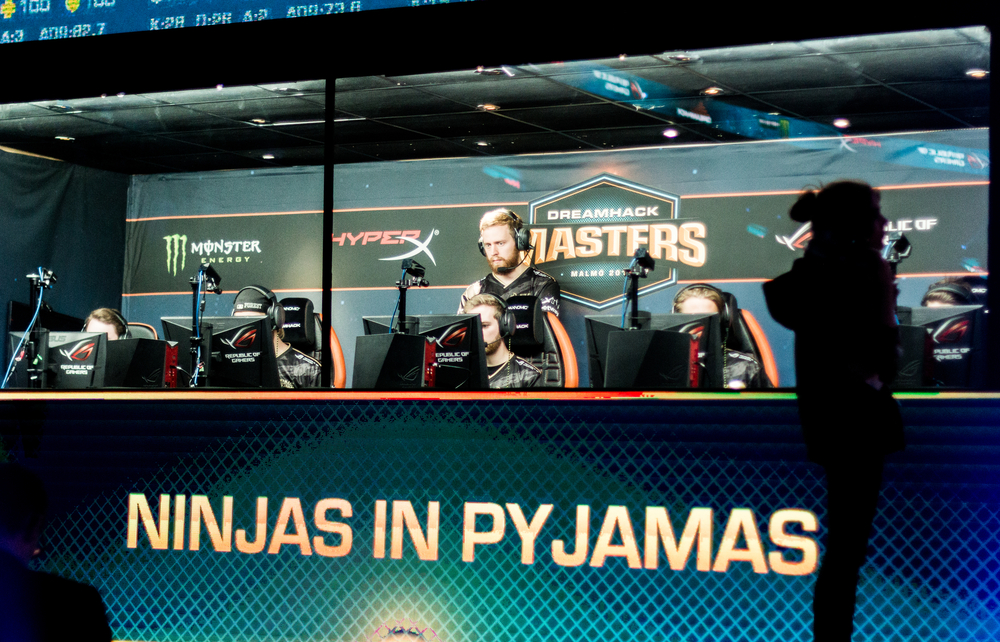 After months of rumours, the Swedish esports organization Ninjas in Pyjamas has finally announced their merger with ESV5, a joint venture by two Chinese esports organisations, eStar Gaming and Victory Five.

Ninjas in Pyjamas will continue to operate their Valorant, CS:GO, Rainbow Six Siege and FIFA rosters from their headquarters in Stockholm, Sweden. League of Legends rosters will be based in Shenzhen, China, where they will be provided with training facilities, offices, and a home arena.

eStar Gaming, the mobile arm of the new group will continue to field their own branded teams in games like Honor of Kings, Crossfire, and QQSpeed. The only mobile esports team getting renamed is the previously mentioned League of Legends: Wild Rift.

Hicham Chahine, the CEO of Ninjas in Pyjamas and now co-CEO of NIP Group spoke about the merger:

“I’m incredibly excited to finally announce this deal. We have been scoping opportunities to enter League of Legends for years now, but the fundamentals were seldom there.

“We came across Victory Five now more than a year ago. Initial meetings were positive, and we soon came to realize that both parties’ views on the industry were strongly aligned and that there was serious potential for something much bigger than a League slot transfer.

“It’s no secret that League is by far the biggest esport globally. Our ambition has always been to become a global brand that helps put esports where it belongs, in regular media channels alongside the few other sports that have hundreds of millions of fans. If there’s one game that’s going to elevate esports to F1 levels of mainstream acceptance, it’s League of Legends.”

The future for the NIP Group

This is not just a major move for Ninjas in Pyjamas when it comes to world of esports dominance, it is also a huge step forward for their aims of content creation and distribution. By merging with a major Chinese esports brand, they have broadened their scope of influence across the globe. They can use ESV5’s significant expertise in entertainment and media to expand its digital influence on an international scale.

That is not to say that they aren’t focused on the competitive nature of the LPL, but their new team will take a bit of work before they can become real contenders. They are 17th in the LPL and the team finished bottom of the 2021 LPL Summer Split with a 0-16 record. The NIP Group may have their sights set on a Worlds victory but that seems pretty far off.