The legendary retired boxer once again has branched out into another new business venture that has surprised and shocked many of his fans. 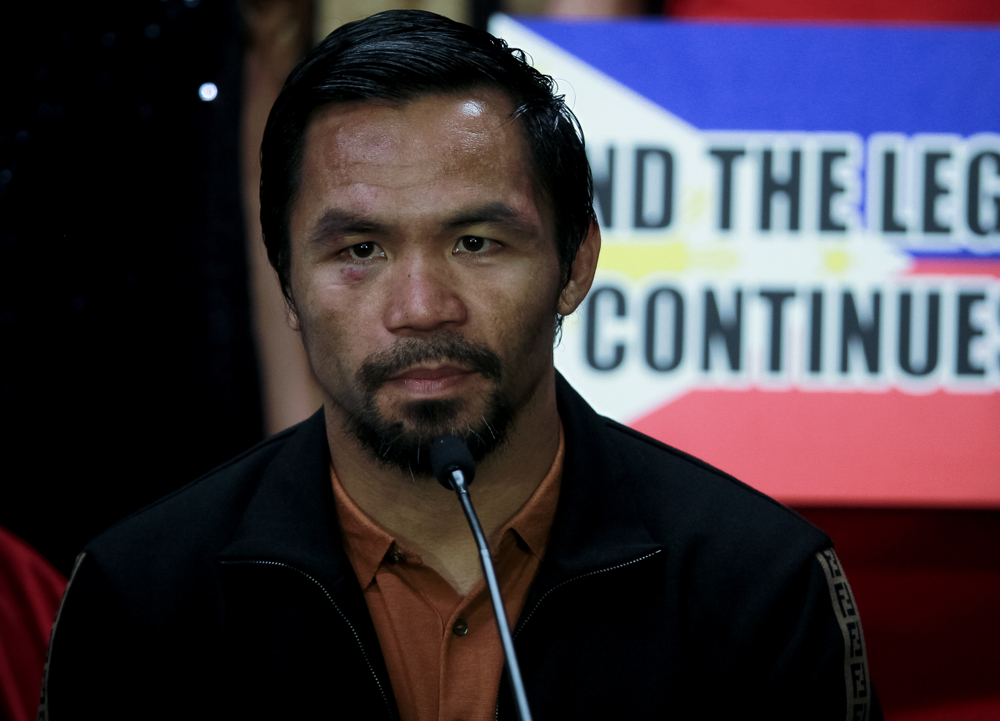 In an exclusive press conference several days ago, Manny Pacquiao accepted his nomination to run as a candidate to become President of the Philippines. As a part of that campaign, the Senator announced his new eSports brand: Team Pacquiao GG.

It’s early days, so we do not know too much about the new gaming brand. We know that Team Pacquiao GG (TPGG) is currently in a partnership with the British-run Veloce Group. You may recognize that name from Veloce eSports, and Veloce Racing, the e-racing team.

Speaking to eSports Insider, Rupert Svensen-Cook (CEO of Volace) has high hopes for the future of the partnership.

“This is a key strategic move for Veloce as we look to build out our joint-venture and shared ownership gaming entities off the back of our success with Quadrant with Lando Norris.

“Team Pacquiao represents our first joint-venture entity in Asia and we’re honored to be creating something that raises the bar within the region alongside an incredible team of creator talent as well as the man himself, Manny Pacquiao.”

Rupert certainly does not exaggerate about how TPGG is beginning to ‘raise the bar’. Take one look at the requirements to be a part of the team, and you’ll see that TPGG demands nothing but excellence. Each of the content creators will have a ‘multi-functioning roles within the company.

Every creator has the goal to use the TPGG brand to enhance and showcase their personality, and focus on ‘pillars of community, content, and competition’, while they ‘embody the TPGG brand’. Essentially, each creator should heavily promote the TPGG brand on their chosen platform, and represent it at every given opportunity.

Gian Lois ‘GLOCO’ Concepcion, an infamous Filipino YouTuber, is the leader of the brand's focus on lifestyle content. eSports legend and Filipino national icon, Elyson ‘GHOST Wrecker’ Caranza, will be in charge of the TPGGs charity and philanthropy activities.

Een Mercado, Valorant champion and the first-ever female eSports competitor in the Philippines, is the brand ambassador. She will be in charge of promoting the brand and focusing on female empowerment initiatives.

Kimberlee ‘superkimbie’ Arcillas, the infamous TV personality, and the brand leading female creator, will take the helm for the Mobile Legends Division.

It’s a star-studded team at the head, and everything seems to be planned out symbolically to represent Pacquiao's ascent to championship gold. This selection of content creators will be presented in a prelaunch soon, to a total of 43 million followers across the brands' multiple channels.

Here to go the distance

Cam Royal (Volace Head of Talent) told eSports Insider that they are here for the long haul.

“This is a long-term strategy so we can compete all across Asia,” Royal stated. “But at the same time, we want to be able to use the Team Pacquiao brand as a springboard for upcoming talent, through its multiple platforms and overall image.”

It’s no wonder why Pacquiao has decided to invest in eSports in the long term. According to a survey held in July 2021, eSports in Asia shows how much the industry has grown in the Filipino community.

Out of 42.5 million eSports fans based in South East Asia, a hefty 6.4 million of those fans are based in the Philippines.

There are several more moves into Asia by other eSports teams that prove that these statistics are accurate. FaZe Clan, NRG, and Immortals have all moved into the continent. Asia has a heavy focus on mobile titles, so it makes sense that many of these eSports teams would move in.

Even so, TPGG has set a hard precedent for many eSports teams to follow.