The Call of Duty League Major 1 is in full swing, and there have been plenty of exciting clashes to take place throughout the league. None have been quite as exciting for some players as the classic LA Thieves vs Toronto Ultra game.

With a thrilling contest where Toronto Ultra picked up the win on Thursday, the rivalry looks to continue later on in this league. We’re as excited as anybody to see the LA Thieves CoD team clash with Toronto Ultra once more, so let’s get into how this intense feud came to be. 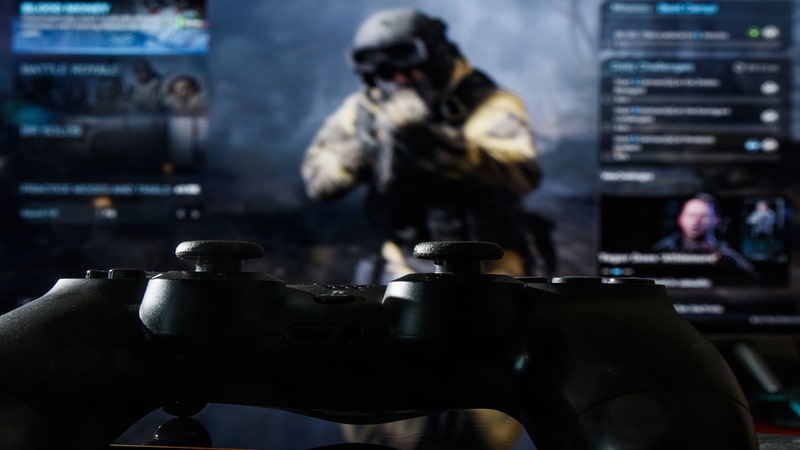 This rivalry stretches back to the 2021 season, where this rivalry initially began with LA Thieves joining up the Call of Duty League.

This particular rivalry began as many Call of Duty eSports rivalries do: with traded wins. The first time they faced off in the first Major of 2021 it was Toronto Ultra that picked up the win, but they have remained fairly even-sided since.

They would trade wins throughout the season, with LA Thieves beating Toronto Ultra in the lower bracket to knock them out of that year's league. However, in 2022, it was Ultra who sent LA Thieves CoD packing to the lower bracket. It comes as no surprise that the two sides are so competitive, look at who is featured on both.

LA Thieves features one of the more star-studded teams in the entire League. With stars Drazah, Envoy, Octane, Kenny, and Pentagrxm, the substitute addition to the group, shaping up to be a much different side than in the 2021 Call of Duty eSports league. They also have legend JKap as their coach, which you could credit for the Thieves being such fierce rivals to Ultra.

Toronto Ultra has a side that shouldn’t be sniffed at either! Bance, CleanX, Insight, and team star Cammy round out the Ultra team, with the former great MarkyB providing his coaching knowledge to the side in this year's league.

You may be wondering why we are discussing this rivalry now. After all, Toronto Ultra had just defeated LA Thieves on Thursday, and now LA Thieves will be in the lower bracket while Ultra move on to the upper.

However, statistically, the LA Thieves CoD side will likely face Ultra in the League again. Over this year's league, the two teams have faced each other twice already, with each side getting a win apiece.

With LA Thieves suffering a few critical setbacks, they may be in the lower bracket, but we’ll doubt they’ll be hampered there.

We believe they’ll tear through the lower bracket quickly, and the fourth match between these two sides makes sense. It’s important you know the odds here, and what side you can bet on.

Most of the odds you’ll find across most bookmakers have rated the two very close together. GG Bet has LA Thieves at odds of 1.26 for the side to win outright, while Toronto Ultra is at odds at 1.83.

We’re sure odds like these will evolve and change as the league progresses, but that just shows how evenly matched the two sides are.

Why users should bet

We believe this match is worth betting on because it’s so exciting. It’s very rare to find a rivalry like this in Call of Duty eSports, where it feels the outcome of the game could be completely dependent on anything.

Just how evenly matched these two teams are will guarantee you’re in for an exciting game. However, with that being said, it’s also important to remember that just because the result is volatile, doesn’t mean your betting options are. We think all eSports fans should bet on this game because the bonus offers attached to it will be worth your time.

Any time there is an intense rivalry in Call of Duty eSports, most great sportsbooks will know to take advantage of that. They will offer you enhanced odds, no deposit bonuses, and cashback bets all for wagering on one team or another. GG.Bet is a great example of a platform that does this. So, when these two teams meet each other in the League again, keep your eye on all of the major eSportsbooks.

LA Thieves CoD vs Toronto Ultra means excitement and significance. These two teams, which had relatively little contact with each other before the 2021 Call of Duty League, have cultivated one of the most exciting rivalries in Call of Duty eSports. They’re constantly trading wins and losses, and they’re so evenly matched that every game seems to bring a level of excitement.

This makes for exciting betting opportunities for all eSports fans. We’d recommend all eSports bettors keep an eye out for this game when it happens again because it will be exciting in every way possible!