This Sunday (February 27th) sees the final of the IEM Katowice Playoffs. It’s been a super exciting tournament so far, and we can’t wait to see all the action from the final and find out who will reign supreme.

The two teams that have made it this far, FaZe Clan and G2 Esports, have had a heck of a ride. No one can deny that they don’t deserve to be shooting their shot for the grand prize of $400,000. The stakes are high. Literally. So, if you fancy a punt of your own, our IEM Katowice Playoffs Final preview will be your perfect companion. Stay tuned! 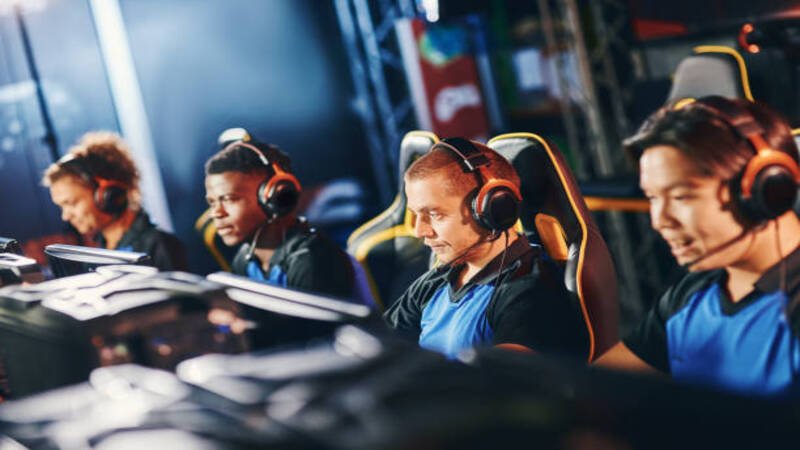 An introduction to the teams

It might come as a bit of a surprise to some that G2 Esports made it through to the final, especially as they were up against tournament favorites Na’ Vi in the semi-finals. But the Berlin-based team absolutely deserves their spot after some excellent CS:GO gaming.

The G2 Esports CS:GO squad is made up of French player JACKZ, Bosnia & Herzegovina’s huNter- and NiKO, Russian m0NESY and Finnish Aleksib, trained by their coach AMANEK who hails from France.

FaZe Clan, the other finalists, actually lost to Na’ Vi during the group stages but managed to clear Heroic in the semis against the odds. Heroic didn’t have the strongest of games by any stretch of the imagination, but that doesn’t mean that FaZe Clan doesn’t deserve their place in the IEM Katowice Playoffs final.

Remember, you can keep up with all of tomorrow’s action and even stream the event live at our IEM Katowice Playoffs tournament page.

The last time these two teams met was in June 2021 during the Blast Premier Series Spring 2021 event. G2 Esports won that particular event. In fact, G2 Esports has won their previous five CS:GO matches against FaZe Clan, a streak that the LA team will be desperate to end this time around.

On the flip side, the last time FaZe Clan beat G2 Esports was all the way back in October 2020 during the Dreamhack Open Winter 2020 event. Could the IEM Katowice Playoffs be a chance for them to break the spell?

G2 Esports came into the IEM Katowice Playoffs at 9/1 outsiders, the third favorites behind Na’ Vi and Gambit. FaZe Clan was even further down the pecking order in seventh place at odds of 20/1.

These stats, combined with the fact that G2 Esports has such a great record against the other finalists, mean that they’re currently the favorites for the IEM Katowice Playoffs final. But FaZe Clan won’t go down without a fight. They’ve been in great form recently and will certainly be feeling confident that they can go all the way. So, it’s definitely going to be a close match!

Whether you’re backing G2 Esports or FaZe Clan, you’re going to want to make sure you’re betting in the right place. That’s why we’ve put together all the best CS:GO betting sites. If you’re not already decided on where to put your money for the IEM Katowice Playoffs, you’re bound to find somewhere in here!

Why should I bet on this event?

There’s a lot to be played for here, so it’s going to be very exciting. That’s for sure. And, you can get involved with a bet or two of your own. But be quick! The match begins at 4 pm GMT on Sunday 27th February.

Remember, you don’t have to just bet on the overall winner of the match. If you feel like G2 Esports are gonna win by a large score, for example (and you might not be wrong on that…), you can bet with a handicap. This will increase the odds, and give you a better chance at winning a decent sum of money.

And speaking of winning a decent amount of money without spending much, we recommend signing up for a sportsbook bonus for the event. If you don’t have an account at Bet365 right now, you can get a 100% matched deposit up to $200 when you sign up, and then use those bonus funds to double down on your IEM Katowice bets!

Conclusion: Wrapping up on the IEM Katowice Playoffs

The fact that we have two underdogs in the IEM Katowice Playoffs final makes things very interesting indeed. It blows the market wide open for betting! This is definitely something to make the most of as there could well be money to be won here.

Play your cards right and sign up with the right sportsbook. But most importantly, enjoy the spectacle! Good luck.