Season 15 of the CSGO ESL is underway, and it’s produced some exciting games so far. The group stage is only getting started, with Group A finishing up on the 13th. However, one of the more interesting groups is Group B.

When it comes to dominance in the ESL, CSGO FaZe teams are always up on top. It’s no doubt they’re the favorites in Group B at the moment. However, they do have some stiff competition.

The likes of Outsiders, Team Vitality, and ENCE are all tough opponents that could give FaZe a run for their money this season. 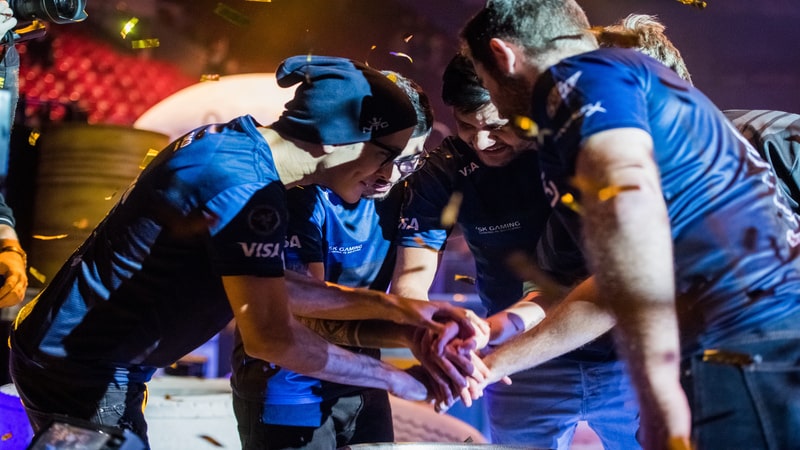 FaZe Clan, in many ways, has become the standard in live CSGO play.

Coming out of a great IEM Katowice 2022 win, their team is star-studded and was fazed by very little competition. broky and karrigan are on red hot form, with the MVP of the squad ropz tying together the team nicely, alongside the reliable Twistzz.

It’s simply a matter of timing and perseverance that is why FaZe is so unstoppable. But, they have many other teams nipping at their heels. Every team in Group B is gunning for FaZe.

All of the teams have a score to settle with FaZe including ENCE, Team Vitality, Outsiders, FURIA eSports, and Sprout. Many of the rivalries go past 2022 some of these rivalries stem from last year's CSGO ESL.

ENCE scored a surprise win over FaZe in the 2021 ESL, with their star player Spinx making the victory look effortless in the process. Vitality took another win over FaZe that season, and Outsiders had a very competitive match with them that year.

All of the big players in Group B know FaZe is the team to beat, and every one of these sides has put a target on their backs.

As you can imagine, the betting odds across Group B just become a lot more interesting. This is the only group where there is a clear betting favorite, nobody's odds come close to matching the CS:GO FaZe side.

Luckbox has to FaZe at odds of 1.25 to pick up the top spot in the whole group, so it’d still be worth your time backing them if you want a more secure victory.

But you never know who can pick up a win over FaZe. Let’s take a look at some of Group B teams' odds in matches against FaZe.

Sprout has some valuable odds of 3.60, and ENCE also has worthwhile odds at 3.40. FURIA also come in at around the same, with odds of 3.0 to back them.

The oddsmakers have Outsiders being the biggest challenge to FaZe, with slightly higher odds of 1.90 to pick up the victory over the CS:GO FaZe side. Vitality also seems to pose a huge challenge to the FaZe crew, at odds of 1.95.

If you’re looking to bet against the house, the smart bets will be on Vitality and Outsiders, because they are on good runs themselves, and they have the historical advantage over FaZe.

However, we think ENCE are huge underdogs this season, so if they score an upset here and there, don’t be too surprised.

Why Should You Bet?

We think this is a perfect opportunity to get into CS:GO ESL betting because it’s the most black and white case of betting you can get.

You either bet for the favorites in the CS:GO FaZe side, or you bet against the house by choosing one of the other five teams.

If you decide to wager against FaZe, perhaps at Betway, you have a variety of options to choose from. We can also guarantee you have a 1/5 chance of winning a wager.

That guarantee is solid because no side, no matter how dominant, has ever done a clean sweep in the group stages of the CS:GO ESL. There’s an adjustment period here, to adapt to other teams' strategies and potential players.

So, if you placed a losing wager backing Sprout against FaZe, you could place a winning one backing Vitality against FaZe. 1/5 are good chances to take because chances are one of the sides in Group B will figure out the formula to beating the CS:GO FaZe clan.

Group B this season is more exciting than people give it credit for. True, FaZe are the favorites by a wide margin. But, there are still some solid sides that could cause some issues from the FaZe squad.

Vitality, Outsiders, and ENCE come to mind here. It’s an exciting betting opportunity, and deciding who to back can be difficult here. If you want our opinion, bet against the house. That’s where you can make up for your losses, and minimize taking big risks.

If you're looking to get started with CS:GO betting, check out the top odds at Bet365!