The DPC league is due to kick off again this week in regions around the world. This is the final chance to earn enough points for an invitation to The International 11, taking place in Singapore in October.

Historically, the fight has been most hard won in the western EU region, where giants such as OG, Tundra and Team Liquid will be facing off. Betting on Dota 2 rarely comes with a more exciting opportunity than this so we’ll be taking a deep dive into which teams stand the best chance. 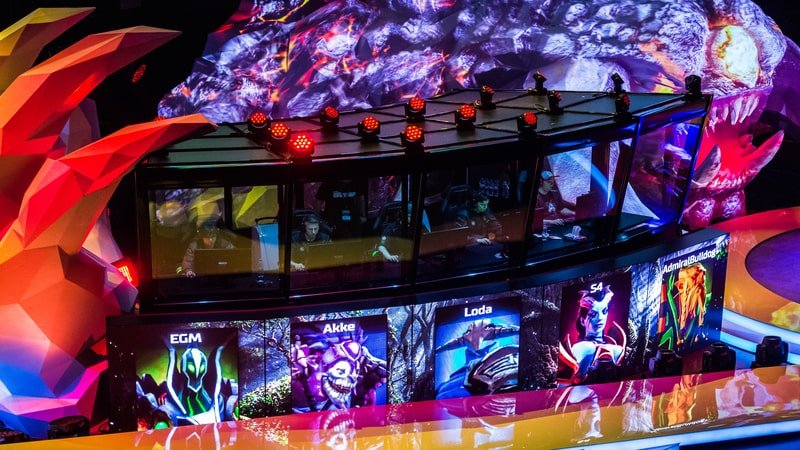 Why do DPC points matter?

The way the current top-tier Dota 2 leagues are formatted dictates that a team must earn a certain number of DPC points in order to receive a direct invitation to TI. DPC points can be earned by placing well in any or all of the 3 DPC league tours that take place across each region or by placing well/winning a Major. This is why fans can expect TI quality strategies coming out from teams across the final tour.

If a team doesn’t earn enough points for the invitation, that doesn’t mean they’re down and out. It simply means they have a very hard fight ahead of them. They will need to compete in regional qualifiers. This usually takes the form of a sudden death tournament between around 8 teams. Only 1 or 2 will qualify for TI from each region.

For some teams in the WEU this year, such as Team Secret, winning this tour is their last hope of receiving the coveted TI invitation. It’s safe to say they’ll be bringing their A-game to try and come out with a win and avoid the regional qualifier tournament.

The downside of playing in such a prestigious region as the western EU is that these teams will need to battle it out against the latest Major winners: OG. Despite being at a disadvantage and having to play without their captain (Misha) and coach (Chuvash), OG were able to pull out a clutch win with a little help from TI veterans Ceb and NoTail despite a run that mostly took them through the lower bracket. Now, with their full roster returned and ready to compete in this final Dota 2 DPC league of the year, it’s safe to say that all eyes will be on OG.

However, it wasn’t just OG that made it to the top 3 of the Stockholm Major. Tundra had one of the most consistent runs of the entire tournament until they were eventually knocked out by OG themselves in the lower bracket finals. Tundra won their group with an impressive 5-1 before running the whole way through the upper bracket before finally meeting their matches in TSM and OG. Those keen on betting on Dota 2 should keep their eyes on Betway and the top eSports betting providers for the top odds this DPC tour.

An outside shot: still in with a chance

It’s been a disappointing start to the year for fans of team Secret. After the departure of Matumbaman last year, Secret have struggled to hold their place in division 1 of the Dota 2 DPC league. Fans were certainly expecting more from the lineup that included the King himself, Sumail. However, it seems that the team were just not able to gel in time and Sumail left the team for Nigma Galaxy at the end of tour 2.

After their first performance in this tour yesterday, fans may still be feeling a little downtrodden. However, it’s important to remember that OG are fresh from their latest Major win so it comes as little surprise that Secret were unable to pull out a win. Fans, as well as the top eSports bookmakers, can now turn their attention to the next series against Alliance later in the week.

Although fans of Alliance will be thrilled that they have fought their way back up to Division 1 for this tour, there’s a long road ahead to TI for this team. After placing in the top 2 of the Division 2 tour 2 league, Alliance have found themselves back among Dota 2 titans. If you love a risky bet, this could be the team for you.

Final thoughts: worth a bet!

We at Strafe.com love a bit of betting on Dota 2. The sheer volume of matches to be played in this final tour will provide fans with a ton of opportunities to meet the wagering requirements of any bonuses. This is the final chance for the top Dota 2 teams to earn a place at TI. If you’re the kind of fan who loves to bet on the top events, understanding how teams are performing now will only serve to help!