Fans may not have been holding their breaths for Dota 2 Majors this year after the disappointment of the cancellation earlier. However, as teams begin to arrive in Stockholm, it seems that this Major will indeed be going ahead.

Despite the disappointing visa problems for Chinese teams and some EU players including OG captain Misha, there are still plenty of Dota 2 betting opportunities in store. The group stage begins on May 12th and the playoffs begin May 16th with the eventual grand finals on May 22nd. 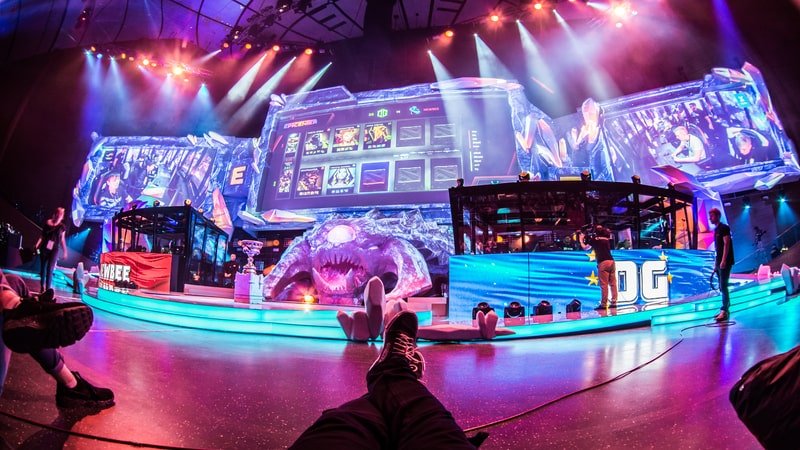 How will the Dota 2 Stockholm Major play out?

Usually, a Dota 2 Major will consist of 18 teams from around the world. However, this Major will see only 14 teams competing. This is due to the Chinese teams struggling to obtain their visas. Instead, China saw a regional final with PSG.LGD coming out on top. There’s no doubt these teams will be disappointed to miss out on the opportunity to play on the world stage.

The 14 qualified teams have already been split into 2 groups. During this stage of the tournament, each of the teams will play each other, with only those who come out on top proceeding to the playoffs. All of the matches will be a best of 2 in a single round-robin format. The top 4 teams from each group will proceed through the upper bracket while the 5th and 6th placed teams will have to fight their way through the lower bracket.

Group A includes Major veterans OG, Tundra and Evil Geniuses. Of course, all eyes will be on the current TI Champions Team Spirit as they make their way through Group B.

The beauty of Dota is that it is so unpredictable that it’s difficult to tell which team will win. Those looking to bet on Dota 2 may wish to start tracking the winners, drafts, KDAs and more from the beginning to give themselves the best chance.

Matters are complicated further by the current team makeups. Unfortunately, OG announced last night that their captain, Misha, and coach, Chuvash, had been denied visas and are unable to attend. Instead, fans will see veteran champion offlaner Ceb return, potentially in a position 4 or 5 role while OG founder and two-time TI champion N0tail has stepped in to coach. Betrivers will certainly be taking this turn of events into consideration when assigning the top odds to these matches!

There’s good news for fans of current TI champions Team Spirit, however! Despite disappointment when Mira was unable to attend Gamers Galaxy in Dubai earlier this year, the full lineup will be present at Stockholm. These former underdogs have nothing left to prove after storming through TI last year but it seems they’re coming for the repeat after placing 1st in the regional Tour 1.

Nothing is guaranteed in Dota 2, that’s what keeps fans so engaged year after year. This year, it seems that the team that cannot go unmentioned in BOOM Esports. After missing out on the chance to go to their first TI last year, BOOM have come back with a vengeance. So far, they’ve placed first in the DPC SEA Tour 1, regional final and Gamers Galaxy tournaments. Their performance during this Major could well ensure their invitation to TI11.

If betting on underdogs is how you like to play, you may see a remarkable amount of success. After all, who could have called Team Spirit taking the title from right under PSG.LGD last October? Luckily, Bet365 will have everything you need to get started on Dota 2 Major betting.

A Major will always be one of the most exciting parts of eSports. Dota 2 Major betting has to be one of the main draws that keep fans and players alike coming back for more. This Dota Major promises to be one of the best yet as all the teams are ready and waiting to take to the stage, particularly after the cancellation of the first Major this year.

When it comes to your betting needs, Strafe.com has all of the top eSports betting sites reviewed and ready. Now is the perfect time to fulfil the wagering requirements that so often come along with welcome bonuses. Some providers even have specific bonuses for eSports so it’s certainly worth keeping your eye on them.