Dota 2 7.31d is here, and you know what that means! The status quo has just changed again, creating juicy betting opportunities for those smart enough to find them. In this article, we’ll help point you in the right direction by assessing how the latest Dota 2 patch will probably affect the meta and the pro scene. Let’s get started! 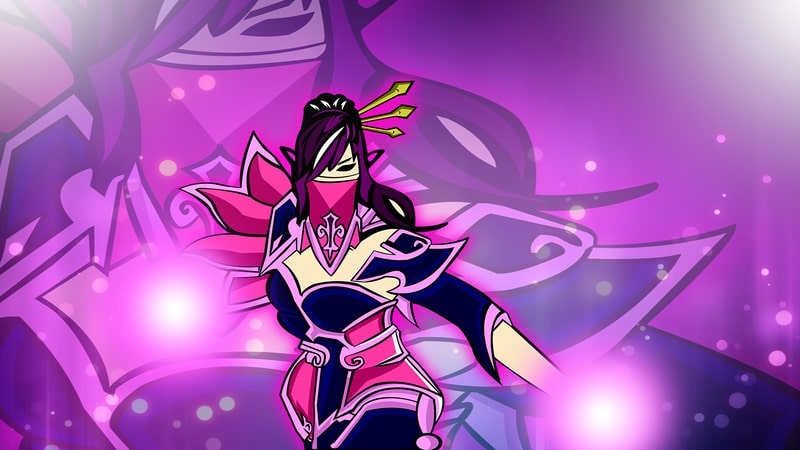 Patch 7.31d isn’t really a major patch, but it’s not just another minor patch either. Most things are pretty much the same, although the buffs and nerfs in this one will cause a ripple effect that will definitely change certain aspects of the game.

No more bullying the big guy everyone wants to kill. In this patch, Roshan now attacks ward units, such as Shadow Shaman’s serpents and Venomancer’s worms. Aegis speedruns have just died, ladies and gents.

Black King Bar, one of Dota’s most fundamental items, receives an ego check. With the cooldown increased from 75 to 90, a lot of players will probably consider going for a different option (more on this later). It’s not that BKB is now bad. It’s still BKB, right? It’s just that the 15-second nerf is bound to open up other doors.

Healing Salve, a god-tier regen item during the laning phase, now heals 50% less when cast on an ally. If you haven’t noticed, this is a ridiculous nerf. What this does is elevate the value of healing supports now more than ever. Heroes like Witch Doctor and Warlock—who haven’t been picked in the pro scene in decades now apparently—are now opening up their shops for business. This is something bettors should be expecting to improve odds, especially when betting with great bookies like Bet365 esports. Of course, Enchantress, Dazzle, Omniknight, and Treant Protector among other regen supports also get naturally better.

On the other hand, supports with no healing abilities, like Bane and Shadow Shaman (don’t get us started on the ward unit nerf!), will have a hard time keeping their lane sustainable, especially when they rely on their carries to trade HPs with the opposing supports and carries. Engaging in early fights will be a losing game for most Pos 1 heroes.

The recent changes will surely affect first pick priorities, drafts, and itemization. First, because healing with Salve gets half-attractive, we could see pro teams pick carry heroes with regen abilities more. Bloodseeker, Lifestealer, and, most importantly, Juggernaut will probably get snatched right away when possible. Lifestealer and Jugg are particularly good in this patch not only because of their heals but also because they literally have BKB in their kit. To what extent are they going to be good in the pro scene? We’ll just have to wait for now. While you’re at it, why not check the odds at the best esports betting sites on our list to get extra info?

Also, carries who aren’t completely BKB-reliant will most certainly get brought closer to the spotlight. We’re talking about heroes like Weaver, Naga Siren, Phantom Lancer, and Terrorblade. TB receives a +15 Bonus Attack Damage on Level 1 Metamorphosis too, which is pretty huge. That’s some Arteezy buff right there. PL got a Doppelganger CD reduction that scales (from 25 to 19 in Level 1).

Meanwhile, Satanic got nerfed (still OP in the late game) but Bloodstone and Eternal Shroud got buffs in return: increased Magic Resistance, increased Spell Lifesteal, and CD reduction. This is all good news for spell casters like Bristleback and Leshrac, who are sustained magic damage dealers. Pros will probably consider them too.

As for core Keeper of the Light, still great with all the burst damage, movement speed, and farming capabilities. Illumination gets nerfed though, but we’re not sure if it’s enough to kick him away from the mid lane.

Lastly, we can’t forget about Wraith Pact. It’s still the best item out of the lot, we reckon. The HP nerf from 5 hits to 4 hits and the model size increase don’t really weaken its effects, so pros will rush this item as soon as possible all the same.

As a bettor, you can keep an eye on teams that will adapt best to the patch. Watch out for those who will build drafts around good heroes, like Viper, Earthshaker, and Venomancer—heroes that will destroy anyone without a BKB in their backpack (expect these heroes in the Pos 4 role).

Range heroes have the best chance of making something out of the laning phase just because they can deal damage from afar and chip away at the enemy carry’s HP. If you can see a team with a good aggro pick, you can place live bets before the odds get tipped over against your favor. Bookies like GG.Bet esports give you a small window to place a bet before it gets updated, and if you’re quick enough, you can get it at a favorable position. Of course, do consider the team’s strength before punching in your bet slip.

It’s always a good time to bet whenever a new patch has just been released. Changes like what we’ve mentioned often throw a wrench in the inner workings of betting sites, causing them to offer misguided and exploitable odds.

Again, focus on teams who will be abusing the meta the hardest early on, even though you’re not familiar with them. Make an effort to survey A-Tier to B-Tier teams. They’re not elite powerhouses, but if you can bet on them, you can make money on them too.