The CSGO Pinnacle Cup 3 is Underway!

It’s hard to say which CSGO tournament is the best one. But, when it comes to quality and prestige, the CSGO Pinnacle Cup always ranks near the top. This has been a tradition every year since 2020.

The CSGO tournament will see the absolute best teams in the world compete for the big $100,000 prize pool, as well as the title of CSGO Pinnacle Cup 3 champions.

The tournament starts on a single elimination basis. 32 teams in total will be competing, with 16 of those lower-tier teams competing in four groups to see which four will advance to the Swiss stage.

The remaining 16 then compete in the Swiss-style group stage, with the top eight teams moving onto the playoffs. Those eight, along with four teams that are directly invited, will compete in the single-elimination playoffs to see who becomes the CSGO Pinnacle Cup champions. Let's take a look the event and even tap into some of the best esports gambling sites on offer. 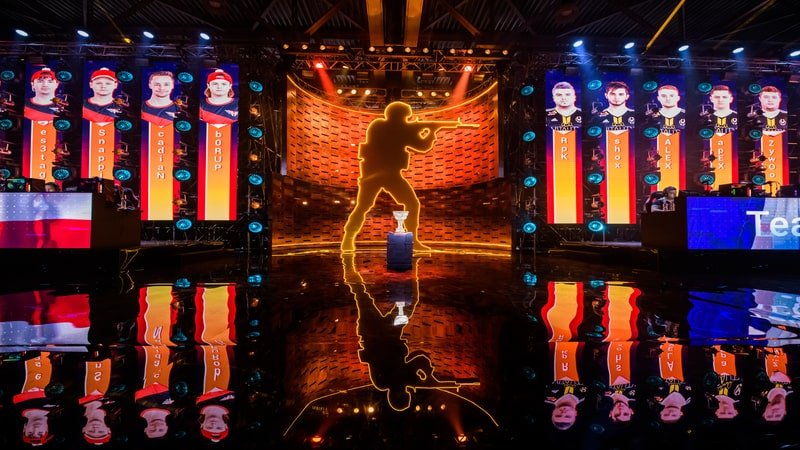 Favorites to win the tournament

Based on who we know is being invited to the tournament, particularly the Swiss stage invites, Endpoint has to be the favorite team as of the play-in stage.

Endpoint has almost become synonymous with the CSGO Pinnacle Cup because they practically dominated the tournament last year.

They fell at the very end, in the finals to a very game Team Spirit, but every other team that crossed their path crushed it. Just take a look at their squad, and you’ll see why they dominate a CSGO tournament like this.

Surreal, CRUC1AL, BOROS, MiGHTYMAX, and Nertz all close out a tightly knit unit that forms some fantastic CSGO play.

Even if you discount their CSGO Pinnacle Cup 2 loss, every other CSGO tournament they’ve competed in, they’ve won.

The ALL IN series, every ESL B-Tier Premiership they’ve competed in. They’ve kicked the door down by stepping up into A-Tier with the CSGO Pinnacle Cup, and we expect them to continue their fantastic form.

At the moment, the odds of Endpoint picking up the CSGO Pinnacle Cup 3 are 2.1 on GGBet, which are slightly better than other potential favorites in this tournament. But, we believe Endpoint could redeem itself this year.

Outside Bet - Who is the underdog?

There are a lot of potential prospects when you look at the current field in the CSGO Pinnacle Cup. One team that stands out is 777 eSports.

They’ve only got a couple of wins in the Playins, they haven’t even reached the Swiss stage yet.

A decent team that dominated C-Tier tournaments, stepping up to an A-Tier tournament like the CSGO Pinnacle Cup would be a struggle for any lower-level team.

But, 777 eSports made sure to stamp their mark early in the Winter Series, with wins over MAD Lions and even finishing higher than teams like Endpoint in the early Regional stages.

They’ve got some good prospects with tons of potential on their team. Teddy, TommyM, fibb0, Rubinstern, and FrisoreN are all young players that can only get better with experience playing against some real professionals. Now, we think it would be unwise to bet on 777 to win the entire Cup.

The team simply isn’t there just yet. But, if you’re looking to make some smart wagers on underdogs in some spoiler games, we think 777 is the team to wager on. GGBet has odds of 6.00 to get through to the Swiss stage, we think those are great odds to start with when backing an inexperienced team like this. Check out the top CSGO odds only here!

At the moment, many of the lower-seeded teams are competing for their positions on the Swiss stage.

Many of these lower-tier games have been quite exciting, the urgency and the intensity that these teams play with is great to watch. So far, MAD Lions and 4Glory eSports have qualified for the Swiss stage of the CSGO Pinnacle Cup, and the other two groups have yet to be decided.

The underdog, 777 eSports, will defeat KOVA eSports to qualify from the third group, but the fourth group is harder to call. Tossing a coin, Ugentium has the best squad out of all four in that group.

It’s an exciting CSGO Pinnacle Cup at the moment. There are so many betting opportunities and esports betting welcome offers for you to sink your teeth into, mainly because it’s still early days in the tournament. You can wager on the lower tier teams in the Play-ins, and we think the smart bet there is on 777 eSports.

But, the smartest wager you can make is on Endpoint to pick up the CSGO Pinnacle Cup this year. Without a doubt, it’s a CSGO tournament that’s well worth betting on, just because it’s so unpredictable and exciting.